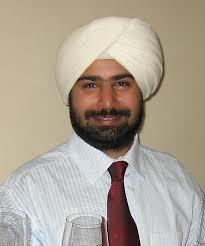 Aman Dhall began his career at Brindco over three decades ago.  In his role as Executive Director, he plays a pivotal part in defining the culture as well as building the global reputation of his company.  Responsible for extending his vision through sound, long term strategic development, Aman intuitively sees the threads of opportunity that wind through Brindco — bringing them together into a coherent whole, all the while driving revenue and fueling solutions.  Aman has helped shape Brindco into one of the largest and most successful importers of branded spirits and fine wines in the country.   Aman holds a rich academic background with early training in the United Kingdom, Graduate Honors and Certifications from Harvard Business School, University of California, Stanford School of Business, and a post Graduate Diploma from The American Graduate School of International Management with a focus on Business and Management.

For his outstanding Leadership and service in the industry, Aman has been lauded with a bevy of accolades, winning industry titles and has even been knighted not once, but twice!  In 2006, Aman was the first Indian to be inducted by a prestigious and rather venacious fraternity:  Confrérie des Chevaliers du Tastevin or  “The Brotherhood of the Knights of Tastevin” — A rather Bacchanalian society that was started in 1934 with roots dating back to the early 1700s in the Burgundy region of France.  In 2008, Aman was awarded the title of Conseiller d’Honneur by the Grand Conseil du Vin for his steadfast dedication and appreciation of Bordeaux’s terroirs and appellations.

Whether supporting local and regional causes such as providing social nets for abused street children or rescuing and rehabilitating neglected animals, Aman strives to give back wherever he can have an impact.  It’s not just about serving world-class wines and spirits–  it’s about serving the community at large. A blend of genuine personal humility and intense professional will, Aman Dhall represents the hallmark of what it means to be a successful Entrepreneur.

When he’s not working, Aman can be found daydreaming about truffle laden gastronomical delights accompanied by a glass of something intensely aromatic and expressively elegant such as a Pinot Noir.  He’s even been known to don his chef hat and cook up a storm every now and then!  Also well known for his sartorial flair and charismatic nature, Aman has an incredible zest for life–  easily making him one of the most admired and respected entrepreneurs both, within and outside the industry.