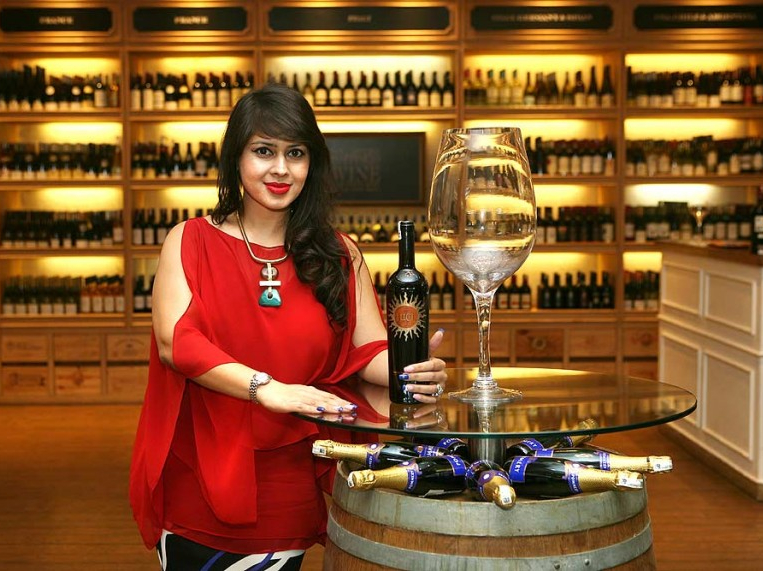 Madhulika Dhall set out to launch her new venture, La Cave, a luxury fine wines and spirit retail store in New Delhi in 2015. Her aim in doing so was simple: to source the very best from a variety of producers around the world and to make them more accessible to her customers.  Madhulika, affectionately referred to as “Madame La Cave,” is hands on with every aspect of her business– From procuring delicious wines to artfully curating exceptional epicurean tasting experiences that are attended by some of the country’s biggest influencers and most well respected tastemakers.

Known for taking the seemingly daunting subject of wine Madhulika, India’s Leading Lady of wines, brings it down to earth for all to understand and enjoy, proving that the grape business isn’t just for aficionados alone.  She’s savvy, hard-working, determined, influential, resourceful and unafraid to take risks.  Besides being a gourmand and self lauded Chief Consumer at La Cave, Madhulika also has an impressive background in PR and has worked with some of the most reputable in the hospitality industry.

Madhulika has become one of the most talked about and most accomplished players in the luxury wine industry.  Indian Wine Academy has featured her as one of ten Women Of Wine (WOW), while India Total Woman Magazine attributes her as one of twelve women changing the food industry in the country.  Eat Treat, one of the Nation’s largest curated gastronomic communities, has heralded her as one of six Indian Women Breaking Taboos & Ruling The Liquor Industry. Most recently, BlackBook has recognized her as one of Indian Luxury’s Top 50 Most Powerful Women.

Combining her passion for food, wine and travel, Madame La Cave is all about pairing fun with expertise and has spent the last two decades traveling to some of the best vineyards in the world, refining her inner Bon Vivant.  Madhulika is equally passionate about music. When she’s not working she can usually be found donning her RJ hat on one of India’s most beloved radio channels or singing. In fact, she’s often known to end her wine dinners in song!